Business and Marketing tips – by Phoebe Haddon of ‘IW’ magazine 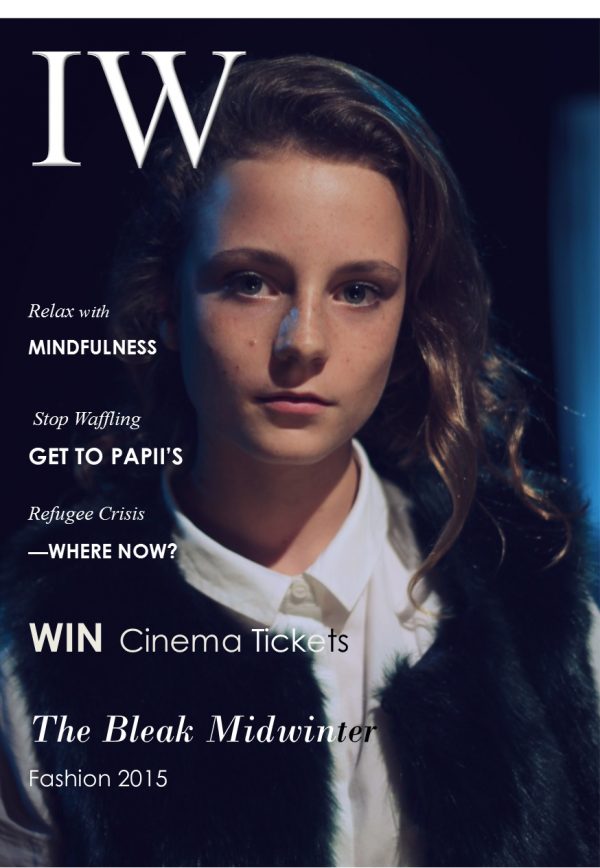 Independent Women, or IW as it is affectionately known, is the school magazine of St George’s School for Girls, Edinburgh. This post focusses on hints and tips in the business and marketing category by Phoebe Haddon, Winning Sales and Marketing Director, 2015 and 2016.

We are lucky enough to be really well supported by our Head Teacher, Mrs Everest, who has always encouraged us to be ambitious with our product. A few years ago we moved from an in-house printed copy to a professional publishing company to achieve a slicker more professional magazine. Mrs Everest encouraged us to see our magazine as an enterprise opportunity and gave us a starter fund for the first issue. We decided to aim to make the magazine break through during the course of the year, ultimately paying for itself through sales and fund raising strategies. This is still our aim today.

Throughout the production of IW 2015, we used many different business and marketing strategies. We spoke to the school’s marketing director who gave us some really good pointers such as sustaining a recognisable brand; using a ‘hook’ such as competitions to get people on board and raising awareness of the product through better promotion and selling to other parts of school, parents and the wider school community who had not purchased the magazine before. Some of these ideas we had already tried but getting professional advice recharged our batteries and for the first time we had a dedicated marketing and sales team, which I led.

Firstly we, found local businesses near the school and asked if they would like to advertise in the magazine. We charged £25 for half a page and £50 for a full page. This gave us our initial budget for printing the magazine and allowed small business advertising space. We chose to target local businesses as the majority of the readers, such as parents and pupils, would know the area and would be more likely to go to the specific shops. We raised funds through selling cake and candy to increase our pre-sales fund.

Prior to the selling of the magazine, we had a poster campaign around the school and also gave a video presentation in assembly. This gave us the chance to advertise IW to the entire school, giving them insights into the issue and what they could expect. We reduced the cost to £1 to make it easily affordable and played on this idea in our video. We also had some photos taken from ‘behind the scenes’ while the production of the magazine was taking place. We thought this would allow people to see what happens throughout the process, possibly encouraging more people to join the team.

We asked our Marketing Director to send out tweets and use the school website for the first time to raise the profile of the launch of the new issue. Another part of our marketing for IW was to sell the magazine at parents’ events, such as parents’ evening and sports’ day. This again expanded our market, allowing parents to get a taste for what the school magazine offered. Feedback was fantastic! We hope to continue this, possibly also selling at Carol Services and end of term events.
Using the ‘hook’ idea, we ‘baited’ IW with either food (donuts) or small prizes. This raised more awareness of the magazine and got a buzz going at the launch. In each issue there is a quiz at the back – competitions with a local business donating a prize in exchange for a free advert!

For the next issue, 2015/16, we hope to run some assemblies in the Lower School, expanding our market. Recently, Lower School (Primary 6 – S1) have become an important part of the process, writing articles and talking about what they feel would help sell the magazine. Collaborating with the younger years like this has been valuable in allowing us to see what would attract a younger age group.

Building on our success at Shine in 2015 we have recently created an Instagram account for the magazine 2015-16. This again has been great for advertising the magazine and showing behind the scenes photos. It allows other pupils to understand more about the process and where article ideas come from. The articles for the magazine come from a wide variety of year groups and cover many topics. This makes the magazine diverse and interesting, encouraging more readers.

In the future, we hope to continue with these marketing and business plans and try to come up with many more that will help sell the magazine and make it as successful as possible. We love our product and try to share it on as many platforms as possible.