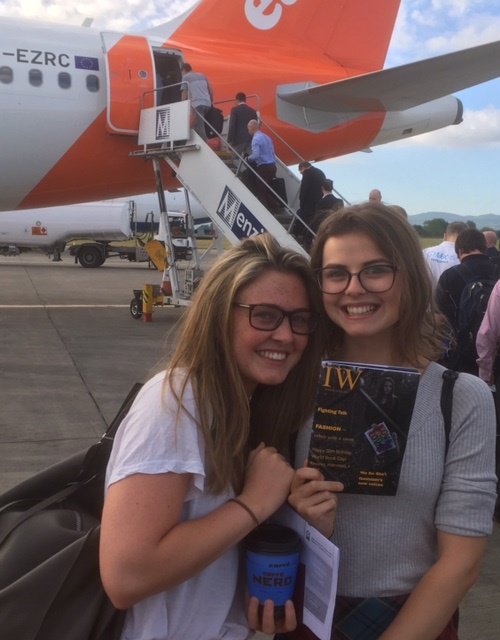 Our nominees came from far and wide to Stationers’ Hall this week and we were thrilled to see the photos and messages popping up all over Twitter before, during and after the big day on Monday.

Here’s a roundup of the best Tweets we saw this week . . .

All the way from Scotland, the team from St George’s in Edinburgh were up early and flew down for the day;

Today is the big day! Independent Women mag. team off to London to see how they have got on at #shinesma17 #schools awards ceremony pic.twitter.com/bnF30nOQV1

The guys from St Matthews Academy in Blackheath were getting excited;

We won Best Magazine cover! A big thanks to everyone who worked on the 80s print edition of INK. ? #glassware #shinesma17 pic.twitter.com/PK4dWADf0L

… and Sam Misan gets Highly Commended in the Illustration and Artwork category;

#shinesma17 so proud that @ColytonGrammar have won the award for Best Magazine. Thank you to all the judges!

Such a fantastic day in London @shinemediawards. Thank you to the organisers for putting on such a wonderful event. #shinesma17 pic.twitter.com/zuwCkGiFxU

Congratulations to all the @HeadingtonSch Hotspot team on winning Best Design and Layout, and highly commended Magazine! #shinesma17 pic.twitter.com/7NT8vTVlRw

Here’s a sneaky Instagram embed – from our best pupil of 2017, Bill Bowkett;

and on a blazingly hot day, St Matthews celebrate on their way home;

The Worshipful company of Stationers thank you for an AMAZING #shinesma17 WHAT AN INCREDIBLE DAY! Our @StMattAcad students are buzzing!!! pic.twitter.com/sfitMg6t9y