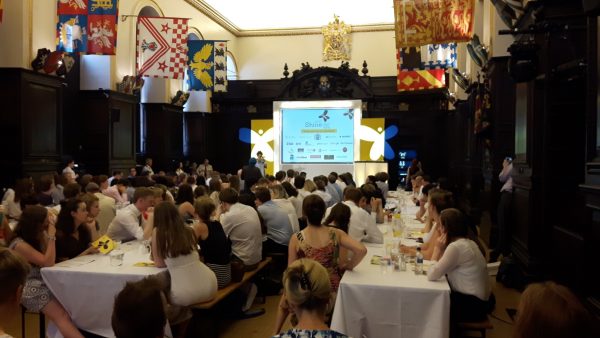 We had a great turn-out of industry professionals at Shine 2017 who were busy tweeting.

Here’s what they had to say…

Denmaur Papers have been huge supporters of Shine over the years: each year they sponsor an award and supply all the paper for our Winners Book.

The team from PurePrint were in the house – they print our Winners Book and help judge awards each year.

The BPIF (British Print Industry Federation) were there too…

Great to see so many young people interested in print at the #ShineSMA17! @shinemediawards pic.twitter.com/CknYrb1Zgy

The Printing Charity was lending its support once more…

We are pleased to support #shinesma17 today. Excited to meet the next generation of talented young people! https://t.co/E5YLuq9C0S

The Copyright Licensing Agency were too…

We had a fantastic day at #shinesma17 @shinemediawards – well done to all of the deserving winners! #futureofmedia

Marketing agency Pedroza Comms were really impressed with our winners…

Anna Bassi, editor of The Week Junior was there…

As was the Stationers’ Company‘s own Elaine Pooke…