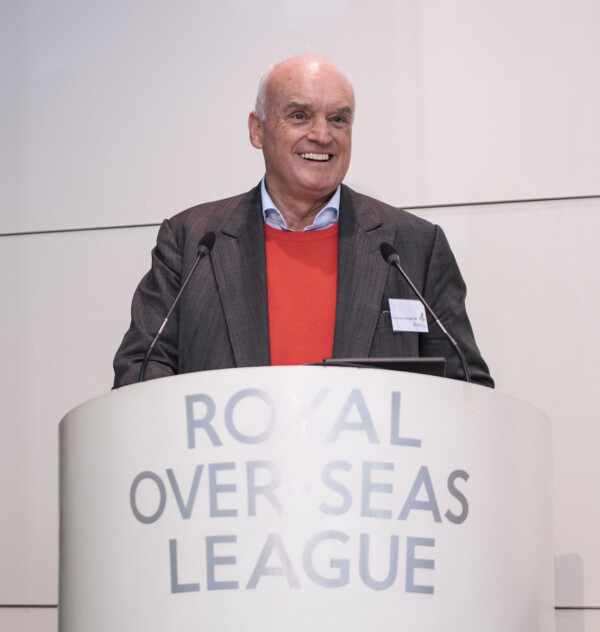 At this year’s Shine Awards, it was thrilling for the audience to hear from Sir Nicholas Coleridge, former Editorial Director and President of the Conde Nast media empire.

Sir Nicholas told the attendees about his amazing career and how he believes it should be a government requirement for every school to have its own magazine – which is where he began his interest in media as a teenager.

Here is the text of his speech:

I began my career as a journalist and publisher on a school magazine – and I think they are just about the most important thing a school can have.

In fact, if my school hadn’t had a magazine to work on, to get my eye in, I probably would have ended up doing a completely different job in my life, like being an insurance salesman or working in a tax office.

Instead, I ended up doing the best job in the world: running a big magazine company which published titles like Vogue, Glamour, GQ, House and Garden, Tatler, Wired and many many more. I happen to enjoy the company of journalists, photographers, fashion designers and supermodels – so I was certainly in the right job for me. There is something incredibly satisfying and exciting, publishing a magazine every month, and seeing it beautifully printed, with perfect typography, and your own byline set in type.

The school magazine I worked on, at a famous boarding school called Eton, near Slough, was published every two weeks – usually about 16 pages long.

About ten of us worked on it, and I was Editor for a couple of terms.

All schools do their magazines in different ways. Some school magazines are run by the English department, and are full of sensitive poems about autumn leaves and line drawings and art by the pupils.

Some magazines are full of sport reports about football and rugby, with the scores of all the matches.

Others are full of obituaries about old teachers who have died during the holidays.

My school magazine was full of gossip and satirical articles and news and interviews with famous celebrities, and was a very useful preparation for real life as a writer. We were very influenced by Private Eye magazine and also by The Spectator and the Daily Mail.

A lot of the boys who worked on the school magazine went on to become famous journalists – Craig Brown is a columnist for the Daily Mail and Private Eye, Charles Moore became Editor-in-Chief of the Daily Telegraph and The Spectator, Harry Eyres became a columnist of the Financial Times, Tim de Lisle a rock music journalist. And, after my time, Boris Johnson became Editor of the same school magazine…I wonder what became of him?

We had a censor at the school, a master who was supposed to read all the articles before they went to print, and his job was to cross out anything too rude or amusing about the teachers. Be we never handed him the really rude ones until it was too late, and they were already printed. He would storm “How did this impertinent garbage get into the issue? I was never shown this!”

“Oh, so sorry sir, it must have slipped through the net in the production process…”

All the skills I learnt on a school magazine have been so helpful – commissioning articles, writing a brief, sub-editing, design and layout, writing headlines. They gave me a real head start in life. All that practice. I think a good school magazine always does this.

In my opinion, a school magazine is far more important that a new sports hall, or a tennis court, or a new school library or boot room, or any of the other things that schools sometimes long for.

Whether it is printed on paper or presented on a website, it should actually be a government requirement for every school to have one.

Shine School Media Awards @shinemediawards - Oct 22
You may be feeling inspired to get your students involved with Shine, but wonder: how relevant your demographic of pupils is to this sort of competition? The answer is: they all are! Find out more >>> https://t.co/Ph4EhmFWYs https://t.co/37cRHljEhM