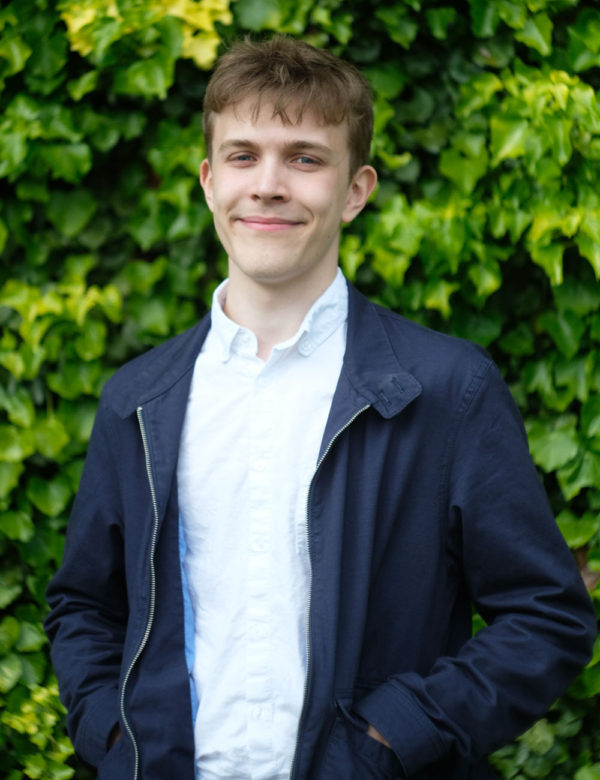 To mark World Autism Awareness Day today (Tuesday 2nd April) we publish this powerful article by past Shine winner Bill Bowkett, now a student at the University of Kent, who describes his struggles and triumphs as he learned to live with Asperger’s Syndrome.

For me, the latest figures from the National Autistic Society make depressing reading. Only 16% of autistic adults in Britain are in full-time paid employment. Only a third are in any form of work at all. Of these, many – mainly those who are high functioning – are in low-skilled environments which do not require the same levels of communication or work ethic as other, more demanding, jobs.

These statistics worryingly compound a stereotype of someone suffering from the condition that I and one in 100 people live with (the majority of whom are male): a tentative, vulnerable, nerdy and shy individual in need of constant attention, who ticks a checklist of apparently unnecessary personal characteristics. When autism gets discussed, it is often framed and represented with pity; the voices of those that are actually diagnosed are never heard. Millions of citizens like me are silenced.

Only during my adolescence did I fully realise why I had spent my whole life feeling inadequate, apparently incapable of performing basic tasks and feeling guilty all the time for the many mistakes I made.

Growing up posed great difficulties. When I was two years old my mother, who was several months pregnant with my sister, filed for a divorce from my father. She, my younger brother and I moved to be nearer her family in Hertfordshire. We did not have a lot of money and making ends meet was difficult. For the majority of my primary education, I was fed free dinners by my school.

From a young age, my mother noticed some peculiarities in my behaviour and at the age of two I was diagnosed with Asperger’s Syndrome. My development was not ‘neurotypical’ compared with that of other kids. Then, and now, my mum would often remind me that I sometimes forget to make eye contact with people; a characteristic considered a developmental delay indicative of autism.

I remember my first day of nursery when, for the first time in my life, my mother let me go and left me to interact with others. For me it was a terrifying and chaotic experience, marked by the sound of others screeching during playtime: by toys flying everywhere. I was baffled, lost and confused. Later, at primary school, I was the small boy in the playground lying on the bench talking to the teaching assistants while others played.

By the time I went to secondary school, I had developed a deep aversion to the blaring sound of the period bells which screeched in my ears like verbose primates. I was left out of social groups for being clumsy and awkward, and struggled to interact with peers who had little in common with me.

The lowest point came during a geography trip to Chamonix, France, when a group of bullies stole my clothes, ran them under the shower and put them back in my suitcase. The incident filled me with fury, prompting me to punch a hole in the hollow hostel wall. I struggled in class in subjects that did not at all relate to my specific preoccupations. Never easily calmed, I often thought that the best way to combat this was to cover my ears, close my eyes and imagine that I was somewhere tranquil where my thoughts would be able to roam free.

Often I wish I’d been able to understand what I was growing up with sooner, but when my mother first explained it to me, it was difficult to piece together what it meant to be autistic. Yet, as I matured, and found out more, I began to realise how my condition has served me as a vindication to live. Autism gives me a sense of purpose to use what I was born with to my advantage.

Like many with this lifelong condition, I see, hear and experience the world differently from people without autism. Whilst there is no ‘cure’, I, with the right support, have so far been able to live a fulfilled and active life thanks to a passion that has remained with me: writing.

My childhood was marked with therapies. I remember my grandmother picking me up from school earlier than the rest of my year to travel to London—where I would receive light treatment at the same time as my dyslexic cousin and my grandfather, who had been diagnosed with cancer. There, I would exchange dialogue with the lady who provided the service, Suzanna. She was a wonderful individual with whom I had deep conversations about ourselves and our similarities, which gradually over time gave me greater confidence to talk.

During those weeks, I would go and meet my grandparents at their house where they would always have a copy of a daily newspaper, which we would read together. There, I would discuss the headlines with them and take the ideas back to school. Once, we had to write a piece of poetry during an English class, and I did mine on recent poverty figures (conveniently, we were also reading Great Expectations by Charles Dickens that week, which I was absorbed by). I read my poem out loud to the class, got a rousing reception from my peers (not always my kindest critics until this point) and received the highest mark.

It was from there everything snapped into place. Having previously being directionless, I found a new love for something: writing. It was writing that enabled me to communicate at that time in a way I couldn’t always through the spoken word. My English teacher, Ben McDermott, came up to me at the end of term to say he was reviving the student magazine and that he wanted me to volunteer as a reporter.

Fixated on learning, I found a deep and wondrous love of literature, particularly the Romantic poets such as Blake and Wordsworth. I took the analytical skills I had learnt in class to my school magazine and TV station. I commissioned in a way that related well to my fellow students; from investigating the abhorrent cuts to school funding to interviewing local politicians on issues such as the Syrian refugee crisis. I even got to commentate on senior football matches with my brother. I found a knack for news and I became highly proficient in IT, designing the mag’s web page.

Emotion never rarely preoccupied me when writing. I preferred to state the facts, thanks to my autism. One of the symptoms that I have is that I am a borderline obsessive. What I mean by this is that I am often fixated on a number of interests, which allows me to focus on those issues for prolonged periods of time. My obsession is an idiosyncratic talent of mine that allows me to myopically, attentively, focus on subjects that help to broaden my horizons and educate others which in current affairs I found important in holding key institutions we love (and loathe) to account.

Granted, there are obstacles to being on the spectrum, particularly in high-tension scenarios, which I have had to combat in order to feel at ease with the responsibility of engaging with others in order to reach the ‘facts’. Conducting an interview continues to be an onerous task that brings an exhilarating whirlwind of emotions.

From personal experience, the most difficult engagements do not involve established politicians, celebrities or public figures who deliberately deviate from questions in order to avoid revealing an untold truth. Not at all. It is the general public when I am out doing vox-pops that give me the jitters, because talking to them requires building a new relationship with strangers in order to build a sense of trust (something that is awfully lacking in the industry right now). But despite the continuous difficulties, my confidence is gradually growing and I am seeing genuine improvement in my people skills. The knowledge I’ve acquired from talking to groups of people – and understanding what angles are best to take – when reporting on the news has managed to build me a ‘thick skin’, essential to keeping my emotions in check and acting with the greatest level of professionalism.

Never did I expect a decade ago that I would be in the position I am in now. I was honoured to have been awarded ‘Most Outstanding Student’ at the 2017 Shine School Media Awards – a national competition rewarding secondary schools which produce outstanding newspapers, magazines, podcasts or websites. It was a wonderful experience being able to take that reward at a place as stunning as the historic Stationers’ Hall, in the City of London. I knew that day that journalism was the career that I wanted to pursue. Key to the health of every democratic society, it gives a voice to those whose stories deserve telling, while keeping a check on, and holding to account, those who occupy some of the most powerful positions.

Currently I am reading politics at the University of Kent in Canterbury, as well as writing for my student newspaper InQuire, where I will become editor for the 2019/20 academic year.

To me, journalism is a career for the curious. My curiosity about civilisation and society first drew me to seek out the truth. The news can be both stimulating and horrifying, and a lot of the time it can be difficult to remove our unconscious biases and opinions away from reportage. But as someone on the spectrum, I passionately want to avoid distracting thoughts and tell the stories that deserve telling.

In the past, no one understood why I could not cope: why I seemed dull-witted and abnormal, never having the words to explain the queer feelings no one else seemed to experience; and neither did I. I now know I should never have tried to ‘fit in’, but instead embraced my condition, as I do now. It has helped me gather more friends, build a better relationship with my family, read more. Most importantly, it has given me a new direction to help others see themselves more clearly.

I am glad of my condition and that I have been able to put my past struggles to good use. Being diagnosed with autism is the best thing that has ever happened to me. I am not simply a ‘broken normal’, as many people claim.